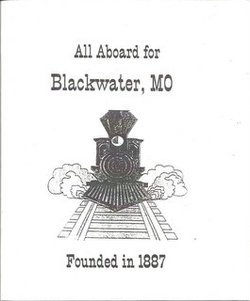 The historic town of Blackwater sits just South of the river of the same name. The name Blackwater comes from the black soil on the riverbanks and the adjoining bottomlands and is believed to have originated from the Indians who roamed the area.

This unique town was founded in 1887 when in Spring of that same year the Missouri Pacific Railroad Company surveyed for the location of the Missouri River Route. The route was known as the J.C.B. & L. Soon after the surveying of the railroad began and later that year the the town of Blackwater sprang up. 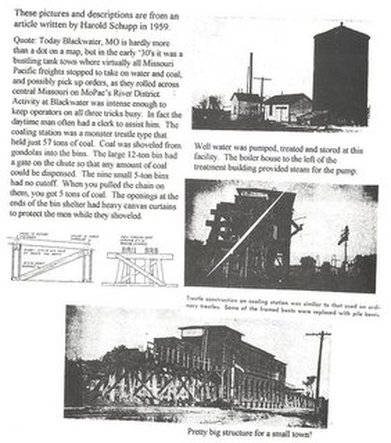